Just south of the city, beside the choked and dusty highway, there is a tranquil and tragic oasis, a memorial to the genocide that tore the country apart in the late 1970’s. The Killing Fields are a number of sites scattered throughout the country where mass graves were found, and Choeung Ek, now a tourist attraction, is the largest.

Pol Pot and the Khmer Rouge

On April 17, 1975, the Khmer Rouge – a malevolent communist regime led by Pol Pot – crept out of the jungle, invaded Phnom Penh and frog marched every one out of their homes, and into the countryside. They were forced to work under gulag conditions, malnourished and in constant terror of being dragged off to the prisons for some crime against the regime, usually stealing food. The idea was to create a socialist agrarian society, a whole population of rice farmers and labourers. What followed was the near annihilation of a society; genocide. It’s happened before, and it will again, when people choose extremes and hate over love.

Approximately three million people, or one quarter of the Cambodian population, were killed during the three years of Khmer Rouge occupation, by starvation, disease or torture and execution. Doctors, teachers, monks, professionals, ethnic minorities, those affiliated with the previous government, and even people who wore glasses were imprisoned, tortured and executed. Hospitals and temples were demolished, statues of Buddha smashed, cities looted and abandoned.

In 1979, the regime was toppled by the Vietnamese, and the Khmer Rouge fled back into the jungle. Pol Pot died in his own bed, under house arrest, in 1998. Cambodia is still rebuilding itself.

The old Khmer Rouge buildings have long been destroyed. Now, the only buildings that stand are the administration, museum, and the Buddhist funeral stupa that stretches into the sky, containing tier after tier of bones, arranged carefully by gender and age. Aside from the mass grave sites- small rectangles in the dirt lined with low bamboo fences- nature has reclaimed the rest. Bodhi trees (the tree Buddha obtained enlightenment under) and sugar palms rustle softly, chickens chase each other around, and there is a serene silence. It is a beautiful place; peaceful, even. 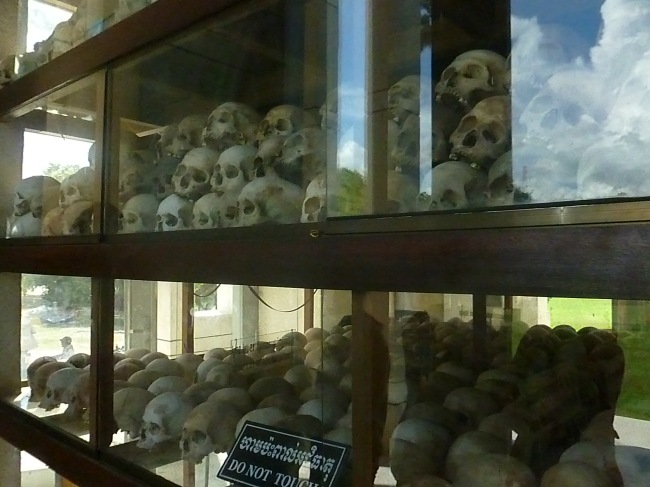 At the gate, we are each given audio tapes and sent off to follow the marked path and listen to the story of Cambodia under the Khmer Rouge. At one point, while listening to individual accounts, brief but potent snapshots of horror, we were sitting next to a pond with lotus flowers and lily pads floating tranquilly atop the olive coloured water, under the shade of the bodhi trees. I looked around to see if anyone else was crying. 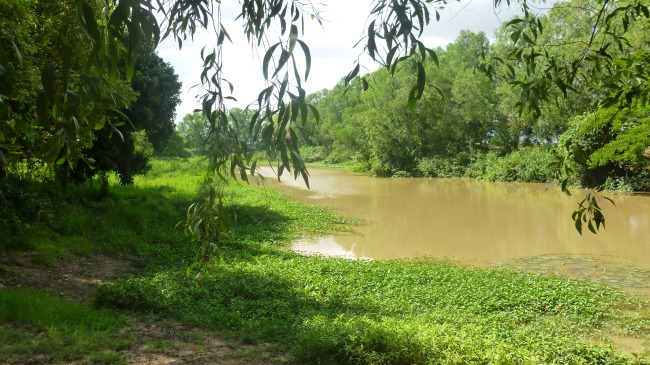 When we got to the mass graves, there were hundreds of bracelets hung on the bamboo fence posts, and laid inside the grave sites. At the women and children’s grave, nearly in unison, Florian and I removed a bracelet each and placed them with the rest. 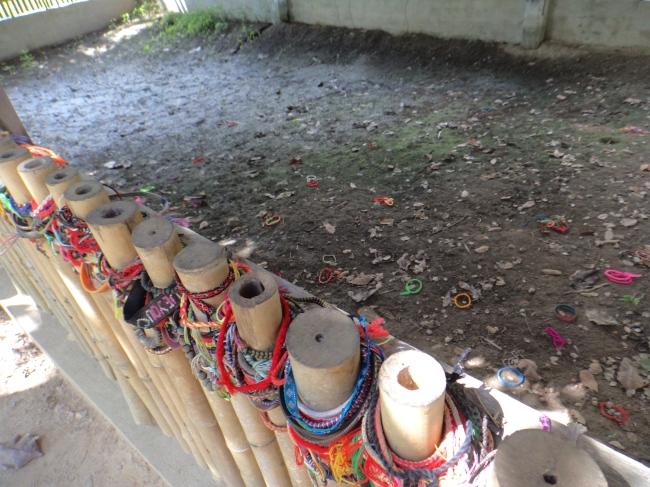 Afterwards, we returned our audio equipment and wandered, silent and contemplative, to the woman selling cold drinks. She called out quietly, “Cold drink? Coke? Only one dollar.” We each got a drink, sat down at the wooden picnic table and watched the bedraggled chickens peck through the rubbish bin.

* As Cambodia is still recovering, their medical facilities are sorely lacking. If you’re in, or plan to visit Cambodia, consider giving blood at the Angkor Children’s Hospital in Siem Reap, or contributing in any other way you can: http://angkorhospital.org/

**Excellent read on the subject, for those interested: A Cambodian Odyssey, Haing S. Ngor

This site uses Akismet to reduce spam. Learn how your comment data is processed.